Jennifer Canterbury took First Place in the 2014 Rotarian Idol and Savannah Spencer won Third Place in 2015. Both stars are returning for Rotarian Idol All Stars on May 17.

Hudson native Canterbury has been singing all her life, literally. “According to my Mom, I would hum myself to sleep as a baby”. As she grew up, her musical influences included Joan Baez, Lana Del Ray, Barbara Streisand and Lea Michele. She credits her Mom for “influencing her contemporary music side”. She says her college voice coach Kim Sweet Ray, “helped me fall in love with musical theatre”.

Canterbury is glad to have the opportunity to be on the stage again in Rotarian Idol All Stars. “I have desperately missed performing since I started my new career. I can’t wait to hear all the past winners come together and show off what Hickory has to offer.”

That new career that Canterbury started is as a flight attendant for American Airlines. She still lives in Hudson but often now finds herself living out of a suitcase. She loves waking up in different cities. That travel bug was fed, in part, by her first place winnings from Rotarian Idol. She used them to travel with the Catawba Valley Community College Show Choir to Greece. The Show Choir performed and it was “the trip of a lifetime” according to Canterbury.

Awards and honors garnered by Canterbury, in addition to winning First Place in Rotarian Idol 2014, include First Place in the National Association of Teachers of Singing Musical Theatre in 2013 and three Kay Awards from Hickory Community Theatre.

Canterbury admits that she is “a self-diagnosed crazy cat lady”, and she adds “I can quote every line from Frozen, Tangled and the Harry Potter films” she says. She is also an unabashed fan of Rotarian Idol competitions. Idol “reveals the unbelievable talent of the locals,” she says. “I love hearing everyone’s voices and seeing their passion for performing”.

Savannah Spencer first entered Rotarian Idol in 2012, when she was just 11 years old. In the 2015 Idol, she took the Third Place prize. But, that wasn’t the beginning of her singing career. She’s been signing since she was 3 years old and performing across the state of North Carolina since the age of 6. She now looks to singers Francesca Battistelli, Jamie Grace, Lauren Daigle, Tori Kelly and Kristen Chenoweth for her inspiration.

The high school student had good reasons for choosing to participate in this year’s All Stars version of Idol. “Having competed before in Rotarian Idol, I have enjoyed the experience that is has provided. Also, I have found it rewarding to be able to be a part of something that gives back to the community and to education”, says Spencer. “To be in the All Stars season is really extra special and I’m excited to be back.”

Spencer values the Rotarian Idol experience because it gives people “who have a gift of singing a chance to fulfill their dream of performing, if only for one night”. For the young artists like myself, who are looking to be in the business, it is a chance to perform and gain experience”. Spencer continues “along with the performance experience, the Rotary Club provides a great opportunity for a wonderful little nest egg to provide a financial in-road for those wishing to pursue the music business”. Spencer saved her prize winnings for a couple year, then used the money for dance and music education in New York.

Spencer, who is home schooled, is in her 16th year of dance education and 6th year of music education with Jeff Hartman at Hickory Arts. She loves painting, creative writing, reading crafting, knitting and crocheting, filming make-up tutorials and experimenting with make-up techniques. She is a member of the Carolina Snowbelles, a precision dance troupe in the North Carolina High Country.

Her dreams for her profession? She plans to move the New York City “to audition for Broadway, Broadway tours, television, film and recording companies”.

The Tenth Anniversary All Stars Rotarian Idol is set for Friday May 17 at 7:00 PM at PE Monroe Auditorium. Ten winners from the past years will compete for cash prizes. Rotarian Idol is the signature fundraiser of the Rotary Club of Hickory. It gives the community, through the Rotary Club, the ability to impact the lives of people here and across the globe. Funds raised go to support local educational programs such as the Imagination Library, college scholarships and Teacher of the Year awards, as well as humanitarian and educational projects around the world. 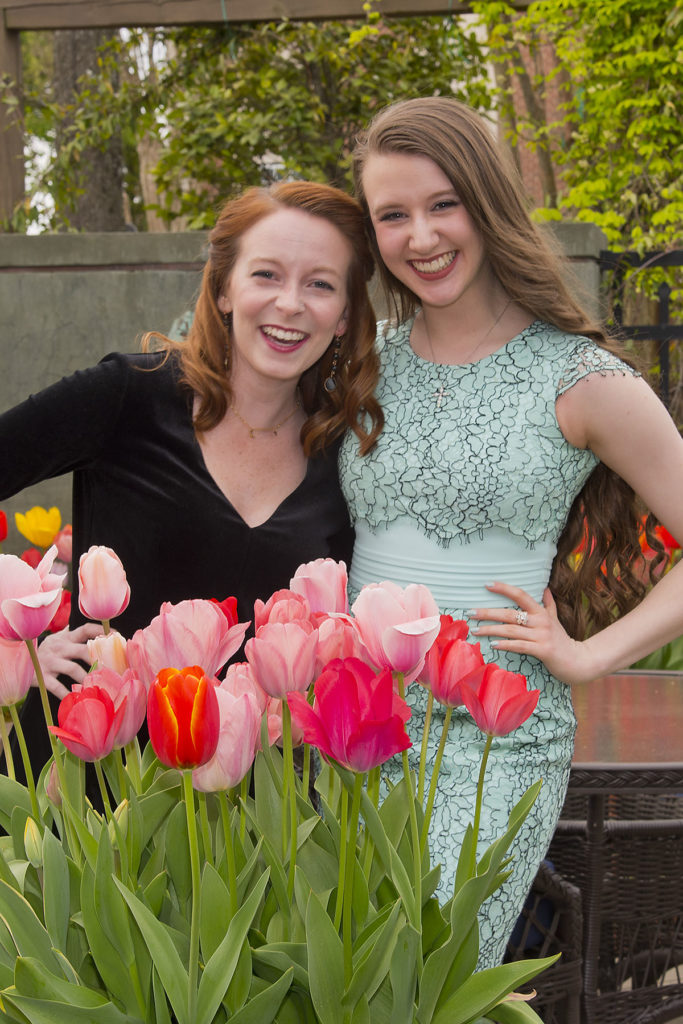 Jennifer Canterbury, First place winner in Idol and Savannah Spencer, Third place finisher in Idol 2015 will perform in All Stars Rotarian Idol May 17.